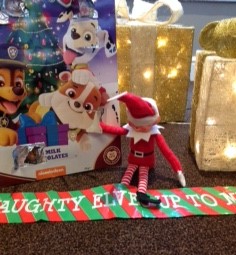 Our naughty elf has been travelling around our care home this week causing mischief.

Residents (and our staff team) love finding the mischievous fella, who first appeared under the Christmas tree around the place .

The elf has been making his way around the home, even bringing treats for our residents.

We all love having him around and it’s great to see what he gets up to! 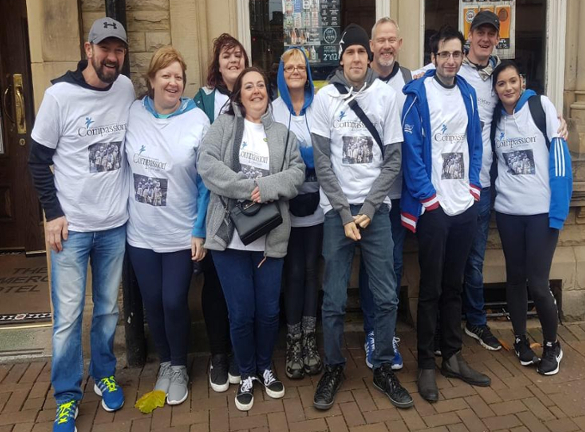 Kind-hearted care home workers braved the cold and took to the streets of Hyndburn to raise money for children currently living in extreme poverty in Africa.

The 10-strong team, which was led by Springhill Care Home’s Gemma Creech, went out raising money ahead of her trip to Rwanda in February next year.

Staff took part in the 10-mile sponsored walk, which started in Baxenden, on to Accrington, Oswaldtwistle, Knuzden, Blackburn, then back through Oswaldtwistle. To complete the walk, the team headed back to the Brick Works in Accrington.

Gemma, who will be going out to visit Compassion Rwanda projects, as part of a 12-man team said: “Harsh winds and the cold, greeted us for the start of the event in Baxenden and after reaching Oswaldtwistle, the heavens opened. It was time for the emergency plastic ponchos to come out for the triumphant 10, who refused to let the rain dampen our spirits.

“Generous members of the public donated money on the day and as well as raising a lot of smiles and sharing a lot of laughter along the way, the team are sure they will have raised over £600, by the time sponsorship is fully collected.”

Springhill Care Home’s Karen Singleton even walked with a broken foot and Claire Allen who has knee tendon damage but the staff put their pain to one side.

Rwanda is a country which is still recovering from the horrendous genocide which took place there in 1994. Over 800,000 children were left orphaned, after the systematic slaughter of nearly 1,000,000, of the minority Tutsi population.

Children can be sponsored for as little as 83p per day and further information can be found at www.compassionuk.org.

To sponsor Gemma or support the home’s fundraising activities please get in touch with Springhill Care Home on 01254 381719. 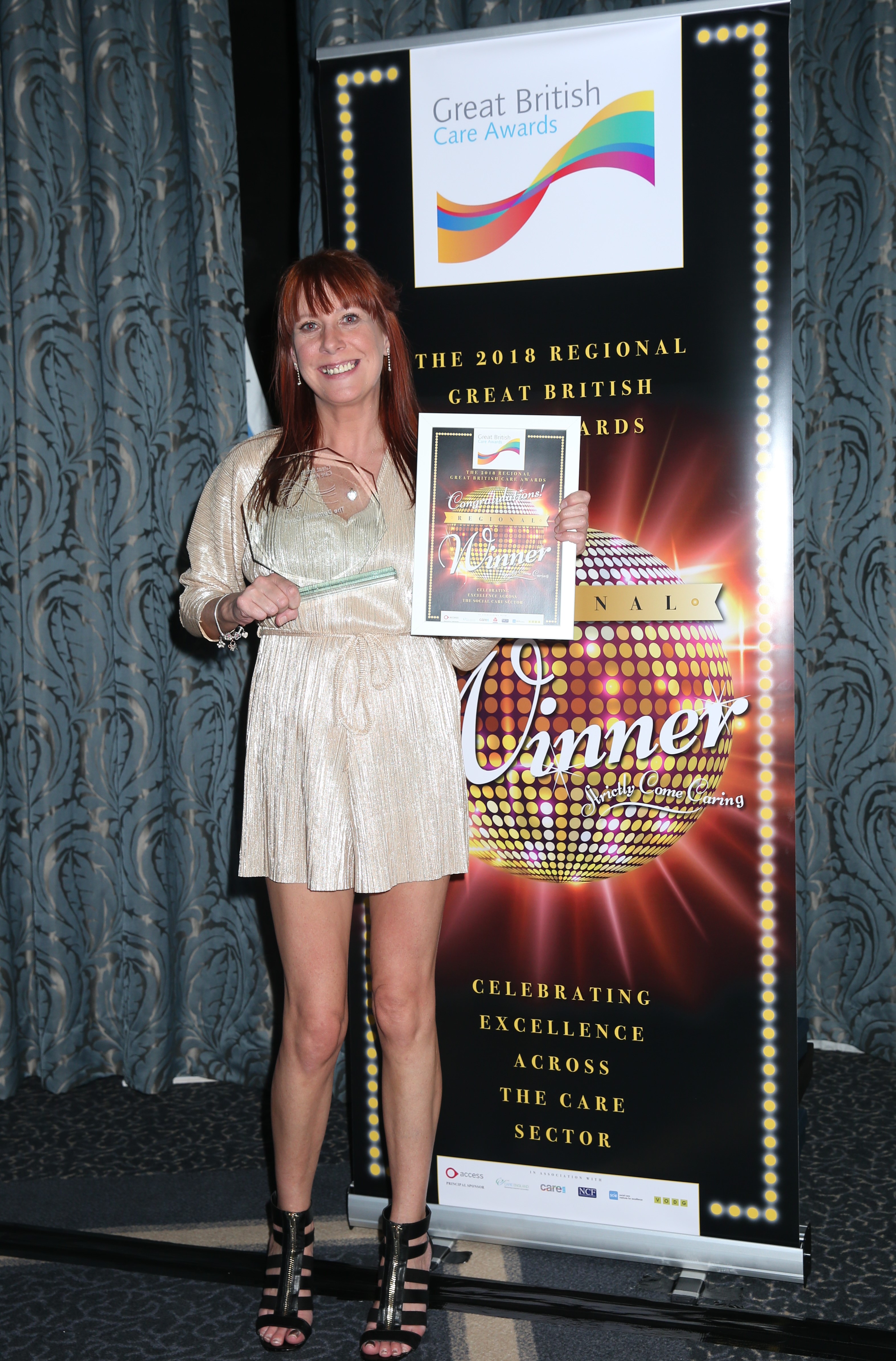 A carer based at Accrington’s Springhill Care Home has been named among the region’s best at the North West finals of the Great British Care Awards.

Donna Greenhalgh won the regional title in The Dementia Carer Award category at a ceremony held at the weekend in Manchester, and will now go on to take part in the national finals of the awards next March.

Along with Donna’s award win, the Springhill Care Group itself won the award for Care Employer of the Year.

Meanwhile, staff at Riversway Nursing Home in Bristol were finalists in several categories of the South West finals of the same awards and won two – The Dignity in Care Award and Dementia Carer Award.

Donna Briggs, Managing Director of the Springhill Care Group, said: “It was an amazing event celebrating excellence in social care, and we were delighted to be recognised as not only a great employer, but for the great work of our staff. 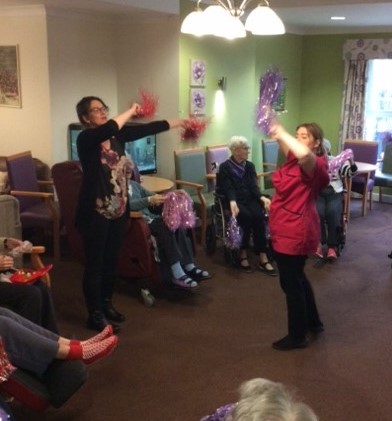 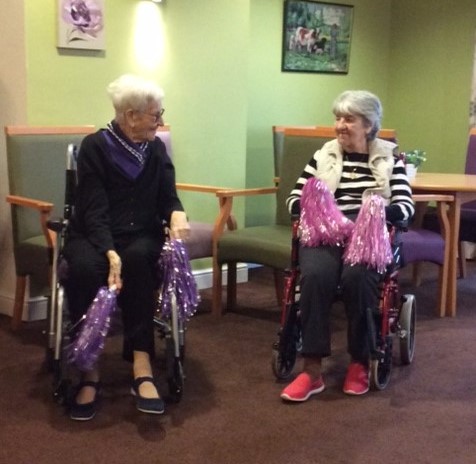 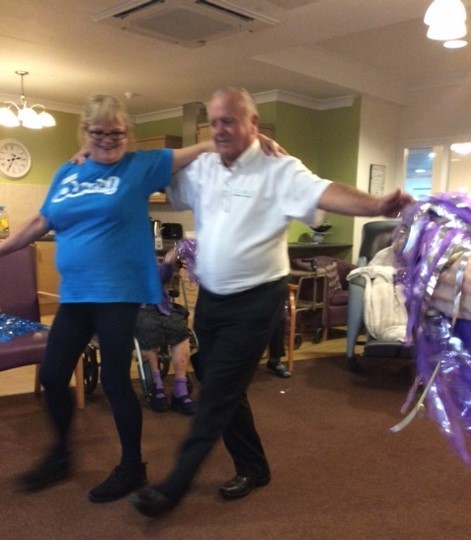 Residents enjoy multiple arm and leg exercises delivered along to music while also having fun with pom poms.

The Oomph sessions are popular with residents and staff and recently Curtis Bennett and Karen Singleton enjoyed a spontaneous little Greek dance together, for the sake of the resident’s and staffs entertainment!

Many laughs are shared during the morning and the afternoon Oomph sessions, and our ladies and gentlemen fed back how enjoyable they are by commenting ‘plenty of laughter in these sessions!” and “This is great – the team are so good!”

The programme also includes a series of skills workshops making exercise as engaging as possible, regularly encourage inactive residents to take up physical activity and try something new, or rediscover lost passions. 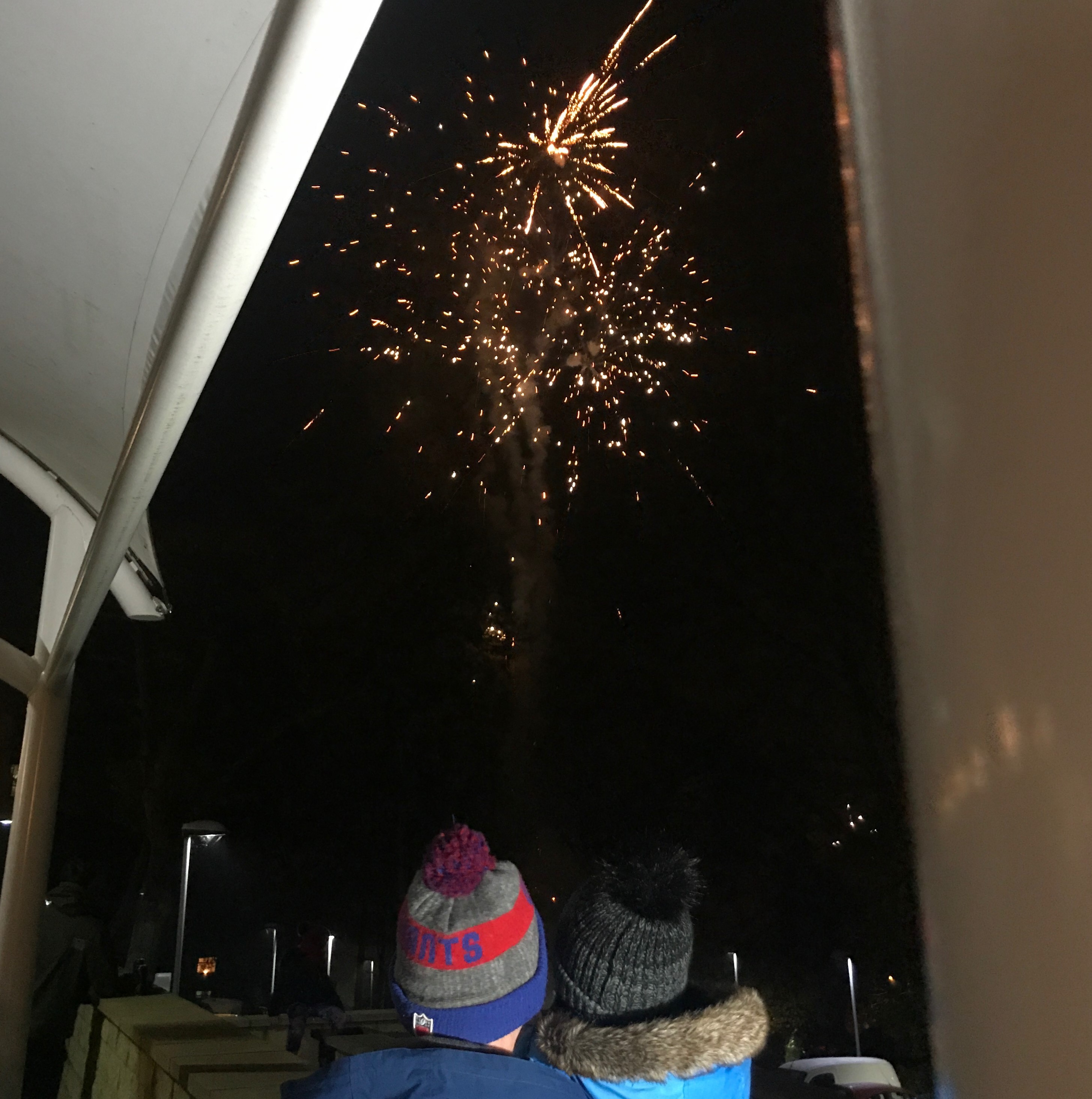 Springhill Care Home held its annual firework display this week for an evening of fun and charity fundraising.

The Bonfire Night celebrations, which go down a treat each year, gave the home a great chance to raise money for a great cause – the Compassion Rwanda project which is being supported by Springhill and its staff.

The home opened its doors to family & friends of Springhill, who got the chance to sample special meat and potato pies and the traditional Bonfire Night delicacy, black peas, made by our own executive chef Dave.

A bar featuring both alcoholic and non-alcoholic drinks was also open for the occasion, and children were supplied with sparklers and wiggly worms to enjoy, with a charity raffle for all.

The night drew to a close with a two-part firework spectacular for residents, staff and the public, and we received lots of praise following the event.

The celebrations also helped us raise more than £200 for the Compassion Rwanda project – thanks to all who attended and be sure to keep an eye out for future events.