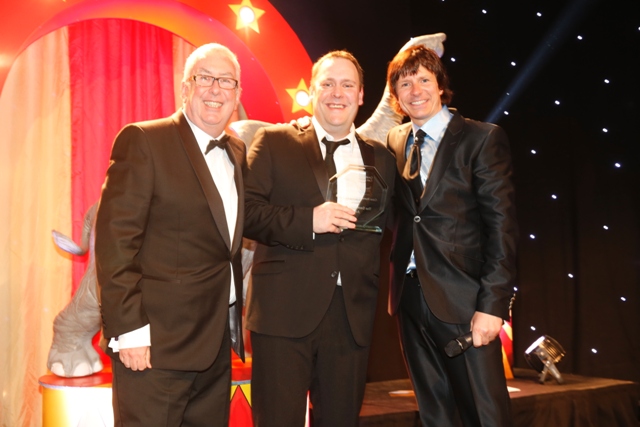 Congratulations to Springhill’s Robin Eddleston, named as Britain’s best when it comes to dementia care.

Responsible for residents in the home’s dementia service, Robin, who supervises a team of staff, Robin has previously been named winner of the awards’ regional heats.

He said: “I’m incredible proud to have won this award and I’d like to thank all the team at Springhill for all their support and encouragement since I joined them.”

Theresa Swan, learning and development manager at Springhill Care Home, added: “Robin has quickly grown to become a well-liked and trusted member of staff, popular with both residents and their families.

“To achieve this accolade is a major result for anybody, and this goes double for Robin who until a few short years ago had not worked in the care sector.

“We’re all immensely proud of him and couldn’t be happier to see him receive this award.”

Robin was joined at the awards ceremony at the International Convention Centre in Birmingham by colleagues Jan Wilkins, general manager of Riversway Nursing Home in Bristol, who was a finalist in the Registered Manager Award.

A team from Affinity Supporting People, Springhill Care Group’s supported living service, were also finalists for the Care Team of the Year Award.